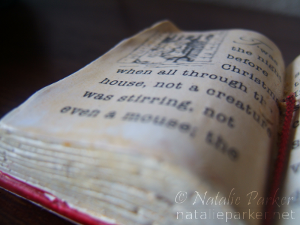 I may not exactly understand why it hurts, but I chose Sympathy Saturday for this little tidbit of my continuing family history to acknowledge all of the women in my family who were devastated by hearing the truth about Santa.
Posted by Unknown at 5:11 AM